Earth as God? Not in The Road. 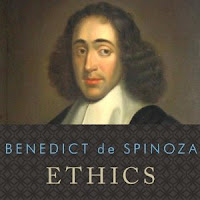 I've always been one of those having "just enough knowledge to be dangerous" guys – a professional armchairist in any number fields: philosophy, religion, music, literature, technology etc. You could say that I tend fly by the seat of my pants, or go with my gut instincts, when seeking explanations of the mysteries of the universe.

As John Lennon sang in the song "The Word:"


The Beatles were singing about love, of course. Some like to say that God is Love. Others believe that God is Nature. So, what happens when you put those two beliefs together? Do you end up with a starry-eyed, tree-hugging Pantheist spouting Rousseau?


I feel an indescribable ecstasy and delirium in melting, as it were, into the system of beings, in identifying myself with the whole of nature.
Or quoting Nietzsche?
All things are linked, entwined, in love with one another.
I've had fleeting moments of Pantheistic sentiments over the years that, every time they occur, feel as if they must be right. Indeed, it is popular therapy for those struggling with a sense of isolation and disconnectedness to stand barefoot upon the ground (not the pavement) and imagine roots sprouting from the feet into the earth. Think of it as a role-playing exercise where you hug the tree so hard that you become it. Melting, as it were, "into the system of beings."
If God is love and the earth, we can put our seeking to rest. (Ostensibly.) Because here it is, right now, all around us. Relax and sing hallelujah.
What if the Earth was Dead?
In Cormac McCarthy's Pulitzer-winning post-apocalyptic novel, The Road, (I haven't seen the 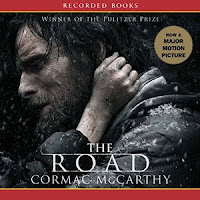 movie) the earth is reduced to three things: burned, twisted wreckage and ash, water (as rain, snow, ocean, river etc.), and humans. Almost everything has burned or otherwise been poisoned, and what we assume must be a nuclear-winterish cloud cover prevents whatever seeds or microbes that remain from regenerating. (That is, if we concern ourselves with the science of post-apocalyptic possibilities. McCarthy's vision is pretty convincing, and it's easy to suspend our disbelief and imagine that earth without any life whatsoever save human is possible.)
When there is no earth to sustain humanity, humanity turns upon itself for sustenance. Women are impregnated for the sole purpose of producing food – babies for the barbecue – and roving bands of cannibals round up whatever humans they can find, imprisoning them until it's time for the boiler.
Civilization, as we know it, is dead. No pantheistic tree-huggers on The Road, no melting into the system of beings, no Tse Chang:

Heaven is my father and Earth is my mother. All people are my brothers and sisters, and all things are my companions.

McCarthy sets up a stark dichotomy between the father and son – who remain nameless as "the man" and "the boy"– as they encounter what remains of the world. The boy, who is born after the apocalypse has begun, has lived it for 10 years. He's seen nothing but death and destruction, yet it is he who feels compassion and sympathy for the lost and haunted humans they encounter on the road. The man, having but one mission – to protect his son – trusts nothing and no one. Yet he tells his son that they must press on, down the road south to the coast, because they "carry the fire." Neither of them seem to know what the "fire" is, but it is revealed, ultimately, as human love, not of God, who has apparently been trying to wipe out the earth and everything, including the humans, on it, but of one another.
I suspect that Hollywood took McCarthy's poetically-rendered hell-on-earth imagery to create a sensational jaw dropping tear jerker that may have missed the point entirely. McCarthy's work, from Blood Meridian in his early days to No Country for Old Men many years later, has an element of nightmare-inducing horror so graphic as to be unforgettable. (Recall The Judge in Blood Meridian crushing babies heads, breaking necks and sodomizing dead men...you gotta wonder what family life was like for young Cormac.) The devil often wins in McCarthy's stories, or if he doesn't win he exacts a brutal toll, and it takes some digging to find a few slivers of light in his work.
The Road, even after all the horror, perhaps renders the author's ultimate faith in love more clearly than any of his other work. Like Flannery O' Connor's twisted imagery of the pinpricks of light in the blind eyes of Hazel Moats, the hope for the enduring human love is almost imperceptible. But on The Road, in the end, it is all that is left, and it is up to the "good guys" to preserve it. In the end, love, in the form of compassion for others, is the fire that the boy has carried with him all along.
What We Feel Must Be Right
Unlike the flora and fauna that surrounds us, we can infer that cycle of life and death is all part of the grand design of an omnipotent creator. Or not. We can put our faith in science to explain the existence of the universe. Either way, we can respect life in all it's forms without assuming that, as humans, we're the bosses, the deciders, the controllers of nature. The earth reminds us of this every time a natural event takes a human life.
But even if we resist swatting that annoying fly or mosquito, or resist cutting down those trees or damming that river for all the squirrels and fish that will be lost, even if we do everything we can to be in total, complete harmony with nature and, perhaps, in harmony with God, we will have forsaken the fire. That, my friends, is reserved for you and me.
Don't get me wrong. I love trees. I love the flora and fauna, the oceans, the deserts, the plains, the mountains – the whole shebang.
But I love you more. 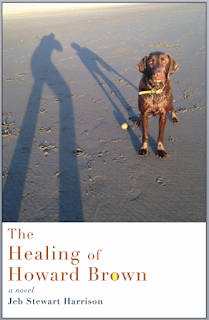 Pantheistic poets - Wordsworth, Coleridge, Goethe, Tennyson, Whitman etc..
A sense sublime
Of something far more deeply interfused,
Whose dwelling is the light of setting suns,
And the round ocean and the living air,
And the blue sky, and in the mind of man.

Hegel: the theology of history
Reason [God] is substance, and infinite power; its own infinite material underlying all the natural and spiritual life which it originates; and the infinite form - that which sets this material in motion.

Ralph Waldo Emerson: the transparent eyeball.
I am nothing! I see all; the currents of the Universal Being circulate through me; I am part or parcel of God.
Friedrich Nietzsche - world and life-affirmer
All things are linked, entwined, in love with one another.

Ernst Haeckel's Monism
In pantheism God is everywhere identical with nature itself  … Pantheism is the world system of the modern scientist.

Albert Einstein and the cosmic mystery.
The individual feels … the sublimity and marvellous order which reveal themselves both in nature and in the world of thought. . . He wants to experience the universe as a single significant whole.
Robinson Jeffers: Pantheist poet, by John Courtney
The Universe is one being, all its parts are expressions of the same
energy, and they are all in communication with each other.
This whole is so beautiful that I am compelled to love it
and to think of it as divine.