Why? Because he hasn't changed his name, that's why. It's an:


a figure of speech in which apparently contradictory terms appear in conjunction (e.g., faith unfaithful kept him falsely true).]

But pop star? Rock star? King of White Boy Funk? I've heard that he's sometimes referred to as B. Schnei on his home turf in Austin, but I'm not sure that'll do it.

Oh, and there's the Austin factor working against him, too. Everybody knows that Austin cats are 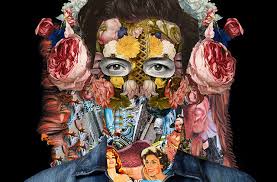 It seems many of my favorite artists are in the "too good to be famous" category. Years ago I wrote an article for a defunct SF rag about NRBQ and their big label debut release, "Wild Weekend" on Virgin Records. Their's was not an oxymoron problem as much as it was an image problem. Put simply, the boys lacked sex appeal. Same went for Little Feat and Bruce Hornsby, though they were far more popular than either NRBQ or Bob. (I think I just decided to call him Bob. Period.) 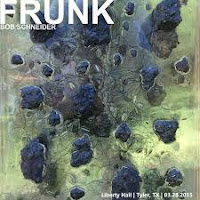 Like NRBQ, I couldn't be happier that Bob isn't an international superstar. I just recently (and very thankfully) discovered his seemingly bottomless, 30 year old catalog. He was the same guy behind the Ugly Americans and one of my top-ten fave rave-ups, "Vulcan Death Grip." After a little browsing around I downloaded about 30 of his songs and have been listening to them multiple times daily ever since. He also records every single one of his shows and, before the audience gets away, has CDs burnt and ready for sale. (He calls these live recordings "Frunk." I don't know why.)

On his home page he discusses his lack of international superstardom as a voiceover accompanying some of his cool artwork. His theory is that the small skinny rockers get all the attention because their packages are outsized in proportion to their gaunt frames. Big bearlike guys like Bob (and myself, not uncoincidentally) have our stuff hidden between our massive, muscular thighs, so it's practically invisible in comparison. And it's common knowledge that a guy can't be an international superstar without the flashy gear.

Any guy that postulates such profound theories is, as you probably already know, a man after my own

heart. And Bob's songs, his lyrics, his arrangements, his instrumentation (i.e. accordion and trumpet, for example), his sometimes smokey sometimes somber sometimes soulful voice, his sort of subtle vacant, bemused expression – all of it works for me. In fact, it doesn't just work, it moves me. Literally out of my chair and onto my private personal dance floor du jour, whether it's to boogaloo or do the hippie sway. It moves me to sing along with all the fa la las and nah nah nahs that seem to grace every third song or so.

That's just a small slice of what there is to love about Bob. As a critic of my most recent novel, The Healing of Howard Brown, said of the protagonist, "It’s a supple, smart and authentic voice that’s alternately wry, sad, questioning, anxious, hopeful and loving." Bob's songs embrace all that and so much more, with a completely disarming delivery that invites even the most skeptical boomers to cut through their scar tissue and "let the light in." 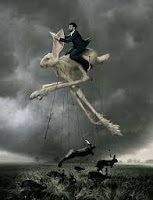 I hope that Bob becomes the international superstar that he deserves to be, despite his Schneiderness. Meanwhile, I am thankful that, so far, he's been able to make the music he's been making without any commercial pressure, in the true Austin tradition. And I am eternally thankful that the groovy tune I heard back in 1996 – the goddamn coolest groove ever, "Vulcan Death Grip" –has opened the door to this amazing playlist of even groovier tunes.

Vaya con huevos, Senor Bob. May the bird of paradise fly up your nose and your sweet bippy be forever blessed.