Balls on Toast - A Eulogy 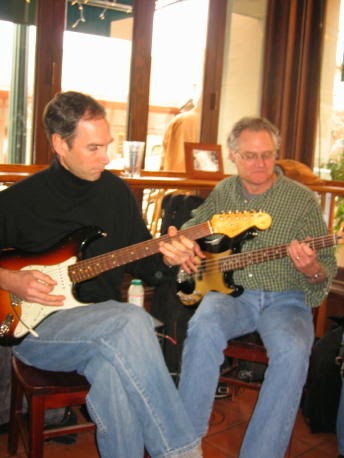 When someone dies, whether it's completely unexpected like the recent death of my (closest, dearest, bestest, thooper dooperest...) friend and longtime musical partner Ted O' Connell, or it's Mom or Dad's long awaited final breath after a long illness, I fall into a state of suspended animation. My tongue becomes thick, my voice barely audible even to myself, and my brow knitted as if the question "what just happened?" or simply "No, forget it, I ain't buyin' it" were scrawled across my forehead.

This is how it's been so far with Ted, despite all the beautiful paeans, memoirs and expressions of heartfelt gratitude from the wide circle of people he considered good friends. This childlike wish for Ted's return, like awaiting the clatter of reindeer hooves on the roof every Christmas eve, might last weeks, months, years. The fact that I won't be able to sing, play or drink tequila with Ted until we meet again on the other shore may never sink in. Which I suppose it isn't that unusual considering a large swath of the world's population are waiting for Jesus's encore. Why not Ted's, too? 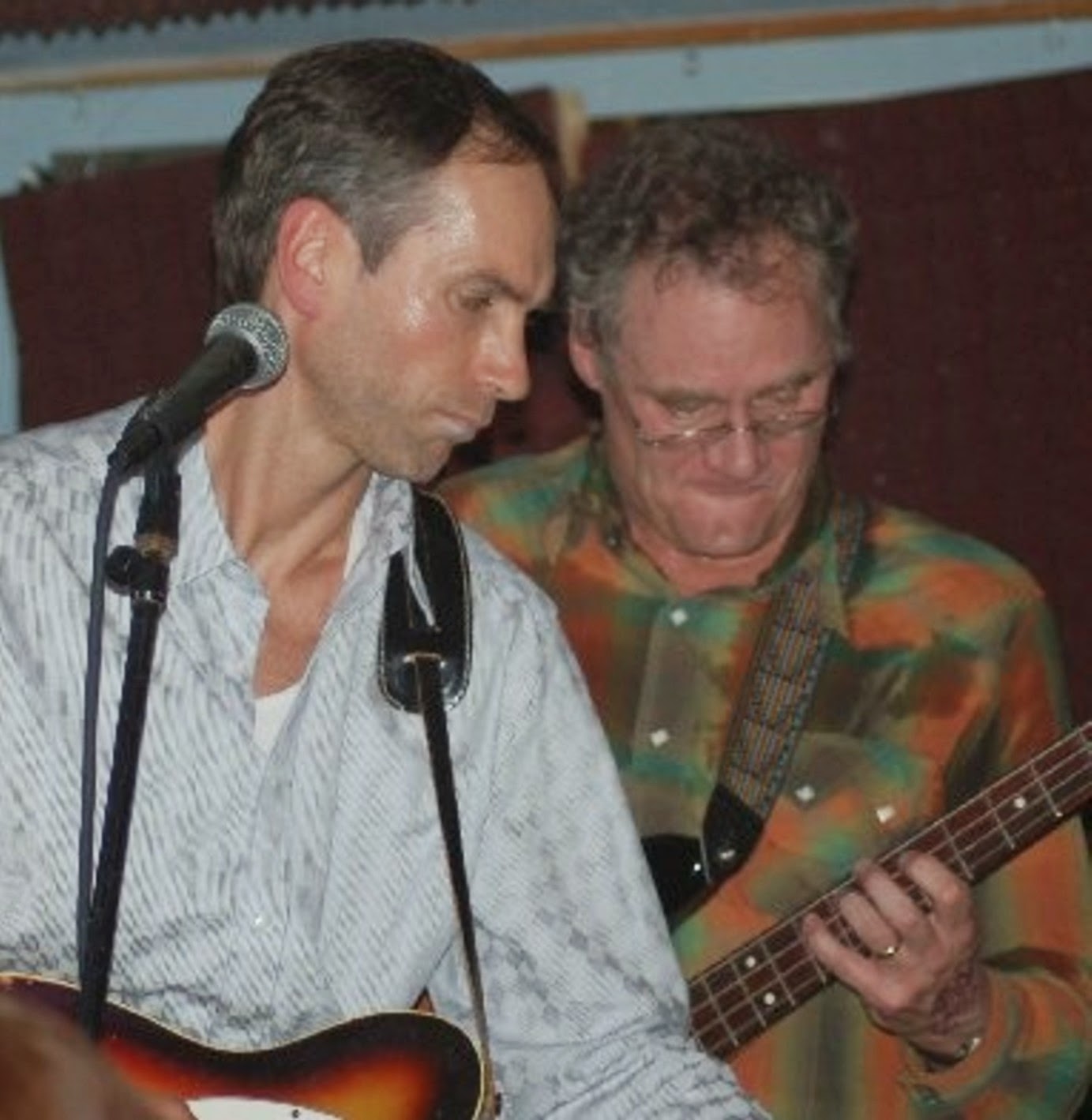 Over the past 25 years, I imagine that over 75% of the gigs I've played have been with Ted.  Unless the client wants polka, hard bop, big band swing or opera, it's just been assumed that we would be on the date together. There are others that have played more gigs with Ted than I, but I haven't played very many without Ted.

When we met around 1988 I had never played with a guitarist who had such care for tone, nor had I played with anyone with such smooth, pitch-perfect rock chops. Ted had come from a very popular New York area poprock cover band, The Vibe Bros, while I was recording and performing originals with Call Me Bwana. We met in the middle and started playing winery gigs with Bwana's bassist, Pete Anderson (a wine industry dude) and drummer Dave Casini. I bought a Japanese '52 reissue Telly at the Magic Flute, accompanied by Ted and Kathy Terlicher, and a 60s Fender Deluxe Reverb. Aside from the built-in tremelo and a Cry Baby I plugged straight in. Ted had an array of pedals that added meat to my bones. Pete, Ted and I sang like little birds while Dave (aka Sleepy Hacienda aka Slee) whacked away. We played the annual Santa Barbara wine festival at Zaca Mesa near Solvang several years running (thanks Jim Fiolek), Chalone Vineyards near the Pinnacles National Monument, and wineries all across SonomaNapa, weddings and parties, the occasional club gig with the Bwana band. Ted and I always traveled in my rig du jour together with our ancient Peavey PA and always returned home with several bottles of wine, miraculously avoiding DUIs and other worse fates. 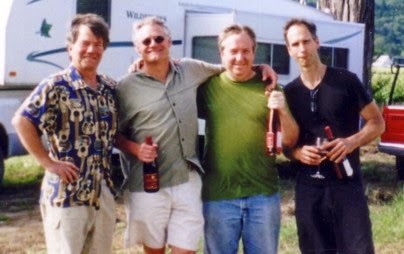 One Friday night Ted asked if I would like to play guitar with him at the Coffee Roasters in San Anselmo, as his regular partner, Frank Bohan, was unavailable. The coffee shop was in the old cheese shop past the Royal Sweet Bakery on San Anselmo Ave. It was early for a new dad, but the coffee was plentiful and the folks dug it. When the Roasters moved to the old Nine Iron Grill across from the old Rexall Pharmacy, Kevin Hayes joined us on snare and kick and I moved to bass. The lineup hasn't changed much in the decade or so since, and I can't count the times that Ted and I remarked that we would be playing Saturday mornings into our 80s, watching little kids dance while endlessly ogling the female talent parading through the place. Ted, Frank, Kevin, BurnZ, Bowen, Michael and all our special guests knew that this was a gig from the Gods. We called ourselves The Treble Makers. We improvised freely, drinking coffee, and appreciating the finer things in life. It just didn't get any better. For two and a half hours we were "winning", as Ted often put it. 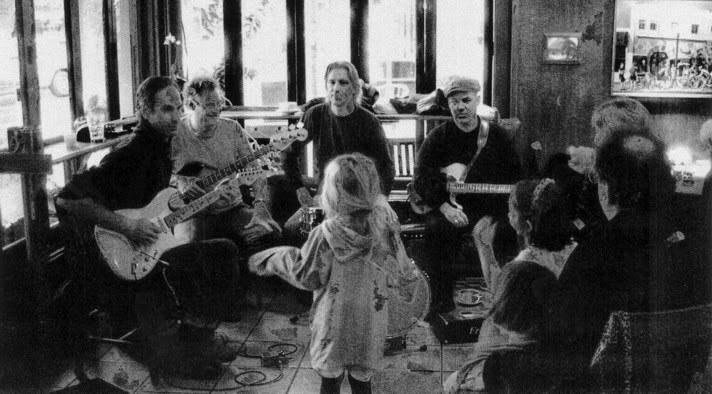 Ted wasn't only a uniquely distinct one-of-a-kind guitarist - he was an iconoclast from head to toe. A swarthy Adonis that lived according to his own code of don't-fence-me-in ethics, Ted was a faithful, steadfast friend, ever-ready to go bar-hopping on fat-tire bikes or fix whatever needed fixing in a friend's home, or a friend's bicycle, or, more often than not, a friend's amplifier. Over the last decade his low watt amps - Tube Steaks, Bass Boys, Freeways etc. became high demand items for the likes of Bob Weir, Jimmy Dillon, Erik Schramm, Bonnie Hayes and Tommy Castro. And a problem, in a way, for our wandering star. Like the girlfriend that wanted to give up everything and move in, the more Ted was wanted the more he shied away.

Ted (aka Theowhore O' Cuntal the Turd among many other names) defined his world with his playing, his friends, his girlfriends, his gear, the grain of the wood, his bikes, dogs, tequila, the biking trails and hiking trails in the watershed and with what he was willing to do and what he wasn't, and perhaps most of all with his ever-evolving musical and spoken language. His sense of twang, both on strings and in his spoken presence, was a constant reminder that we should really stop being so fucking serious about everything. From "oh, balls on toast" (an expression of frustration easily combined with "fuckballs" or "shitballs") to "thooper dooper" to "spank u berry mulch", or his mysterious and as yet untranslated last words "ifor no streaky," and other expressions that many of his friends have at the tips of their tongues but presently escape me were his way of saying "I want to establish a friendship with you that is unique to you and me." Like the way he referred to me as "Uncle Jeb's Cabin" or "Jeb of the North."  Or how he referred to our wine band El Kabong cohorts as "Pick n' Slee." It was his way of creating a world of characters that he loved and trusted and that he could call upon when things got shitty. Which, unfortunately, he rarely if ever did.

As Frank Bohan, our Treble Makers bandmate and Ted's BFF often said Ted had a twisted sense of musical humor that pervaded his improvising, and, to a lesser degree, his instrumental songwriting. The "whammy bar bravura," as local columnist Paul Liberatore put it, was truly, unabashedly, uncompromisingly funny, as if his notes had been dropped into a house of whacky mirrors: fat here, thin there, wambly with tremelo, swelling and shrinking, ploinking, plinking, scratching, dropping de-tuned strings below audible, tinkling above the nut and below the bridge - playgrounds of sound on Saturday mornings. Of course Ted played all manner of important, high-profile gigs under the hot lights where the audience is out there in the dark, but his rote parts on the big stages paled in comparison to Saturday mornings at the Roasters when he could to stretch out, as it was for all of us. It was our opportunity to invent, live. If just one eighth of Ted and Frank's playing (along with drummers Mike Israel, Kevin Hayes, Dave Burns and Bowen Brown, and bassist Michael White) at the Roasters had been recorded, the world would be a better place. 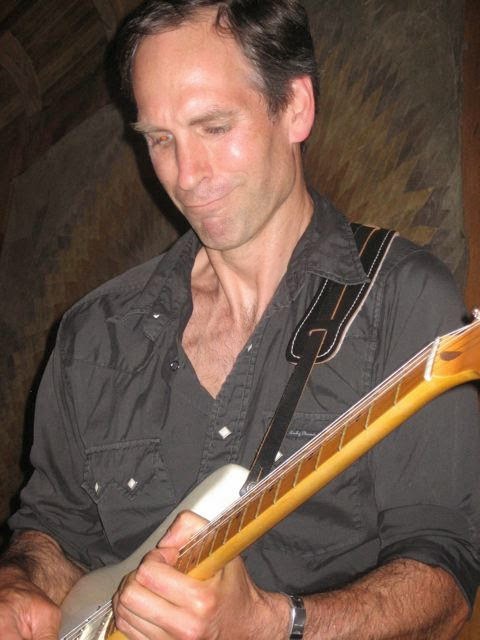 Not to cast aspersions on the relationships of ordinary human beings, but relationships between musicians are different. Communion of heart and soul may happen randomly in the space of a few bars (ahem...Peri's, Mattucci's, The Log Cabin and Iron Bed Springs notwithstanding) and it's those brief, fleeting moments of truly harmonic convergence and communion that we - Ted, Frank, myself Kevin, Bowen, Burns, Bon, Schrammy to name a few - sought and continue to seek. Once that connection between two players is made, when spontaneous invention coalesces and lightning strikes, the unspoken bond that forms is stronger than NASA's strongest polymers. Like a musical orgasm, it's that moment when you look across the bandstand, your eyes meet, and your smile says "this is it, right here. Bingo. We're SO winning."

But now we're not. The bond is broken, and there's a palpable sense of the heart getting torn out and tossed in the chipper. And while I have faith that Ted is now in the best of all possible hands in God's Celestial Twangfest, the tears of all the people he touched with his generous heart are flowing through the streets of San Anselmo and on the trails of the Watershed, on the beaches and the Mountain from Marin to Greenwich, out to the tip of Long Island, in the Atlantic and the Pacific.


But for me, as naive and blind as I am, these tears of pain are also tears of joy. Because I have faith that we'll be winning again, together, soon enough on the other shore.  I can wait. So I say "bye for now, Ted of the North. Save a place for me on the bandstand." 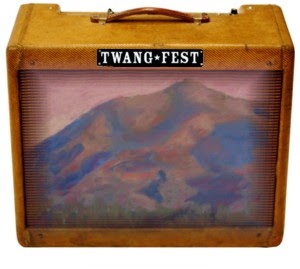